New Brunswick, NJ (PRWEB) June 13, 2013. A study was conducted by the Rutgers University Entomology Lab recently comparing effectiveness between some most seen over-the-counter products and identified EcoRaider, a product provided by Reneotech Inc, as the top bed bug killer among 11 other brands.  This study highlights the effectiveness of this all-natural bed bug spray and provides an alternative for synthetic pesticides being used inside a home.

The Rutgers Entomology Laboratory, one of the most renowned in the country, conducted two sequential experiments analyzing the effectiveness of each spray on a number of bed bugs from a pre-determined distance.  As reported in Pest Control Technology, “EcoRaider caused 100 percent mortality after 10 days in both tests.” 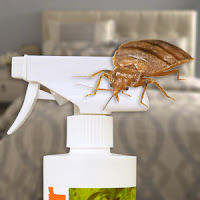 With the expense of heat and steam treatments often the only alternatives pursued by homeowners, an effective and safe do-it-yourself solution to complement or replace such costly efforts has been pursued.  With many products on the market making unsupported claims and with limited government regulation, the need for a scientific study was necessary to clarify which products are truly effective.
“We have worked tirelessly on the formulation of our product,” said Vincent Yancoskie, the EcoRaider spokesperson. “The fact that we have strict FDA GRAS compliance ensures the user that all ingredients are natural or safe cosmetic grade. And this study confirms its effectiveness.”
In addition, the Federal Trade Commission has grown increasingly concerned about unsubstantiated claims from bed bug sprays both in terms of their alleged effectiveness and their safety claims.  This resulted in fines of several hundred thousand dollars administered by the FTC.  One manufacturer even claimed their spray created an “invisible barrier” against future infestations.
Bed bugs have been a growing public health pest in recent years, according to the Environmental Protection Agency. Consumers plagued with bed bugs experience considerable stress, discomfort, and expense in attempting to rid themselves of these pests, and many are unaware of the complex measures needed to prevent and control them, according to the EPA.
Now in addition to the pain and discomfort of a bed bug infestation, add the liability. According to a report from New York Daily News posted on June, 3rd, a jury in Maryland awarded $800,000 to a tenant who proved that her landlord did not treat the problem properly and harassed her when she complained.
Bed bugs continue to be major problems, mainly in cities where they can be carried to new apartments and homes nearby quickly.  Whether they are traveling on their own or hitching a ride on clothing, bedding or furniture, bed bug infestations have grown to epic proportions over the last several years.  Despite treatment by pesticides, steam and heat, they persist.  Therefore the search for a reliable, effective treatment alternative has been actively pursued.
EcoRaider was created under the call for such demand.  Its core ingredients include extracts from multiple aromatic plants that have natural insecticidal power and other safe content that is used in many cosmetic products. Safe as it is, yet it works powerfully on bugs.
To quote the study, “EcoRaider caused 100 percent mortality after 10 days.” Both the strength and long-lasting nature of the spray were noted as being unusually effective for natural products rather than synthetic ones.
“While the study shows 10-day residue efficacy of EcoRaider, actually 90% of the bed bug were killed in the first hour,” Mr. Yancoskie pointed out.
EcoRaider has a unique- micronized high penetration delivery system that can easily get through the insect skeleton and even the egg shell. Natural active ingredients with special insecticidal power are encapsulated in micro-scale particles by means of a scientifically formulated emulsion system which consists of bio-friendly surfactants and synergists derived from natural sources. The delivery system acts as a booster rocket that carries the active ingredients into the insect’s body and lets it attack from the inside. Even the slightest amount of contact with EcoRaider is lethal to a bed bug.
Therefore, before you engage a company to do the job – which often requires multiple visits over a period of time, you may wish to try products such as the top-rated EcoRaider, which can be much more cost effective when used in the recommended ratio of 1 gallon per 1,000 square feet.   With the high cost of full-house fumigation, you owe it to yourself to try d-i-y products first, especially when the latest ones have been judged safe and effective.
https://ecovenger.com/wp-content/uploads/2022/03/EcoVenger-R-header-340x70-1.png 0 0 Todd Zon https://ecovenger.com/wp-content/uploads/2022/03/EcoVenger-R-header-340x70-1.png Todd Zon2013-06-13 00:00:202022-03-03 00:03:43Study Identifies Most Effective Natural Bed Bug Killer